Free movement and travel is an inherent human right, which is only appreciated by those deprived of it. When someone is prevented from leaving a place, it is an indication that their stay in this place is a kind of punishment, or that there is a fear that this individual may utter something that the country doesn’t want revealed. This is the status quo in Saudi Arabia during the era of Mohammed bin Salman, making the Kingdom the largest prison in the world. It is not surprising that the term ‘travel ban’ is associated with a country like Saudi Arabia which uses this type of punishment indiscriminately and collectively. Special sources revealed to Sanad that the number of citizens banned from traveling in the country exceeds 70,000, including the entire families of detainees, activists and opponents, in addition to members from the Al-Saud family and those close to them. Those prevented from traveling don’t usually know they are banned until they are at the airport or at land ports, where they are informed they are prohibited from traveling by order of state security. They are not given any ground or judicial ruling explaining the reasons for the ban.

Travel bans are not a product of the era of Mohammed bin Salman. It was imposed indiscriminately on many activists and human rights defenders in the past, but the Crown Prince uses this tool more arbitrarily and without legal, moral or even humanitarian justification. In an unprecedented manner in Saudi history, Mohammed bin Salman uses this method to pressure his cousins, relatives, and those close to the state, in a move that clearly indicates the extent of hysteria he has reached on all fronts.

By imposing travel bans on thousands of citizens, Saudi Arabia explicitly contradicts the United Nations Declaration on Human Rights Activists, which allows anyone to communicate with international organisations without interference (Article 5), and the right to seek, share and disseminate information on human rights (Article 6). Saudi Arabia also flagrantly violates the Universal Declaration of Human Rights, which the Kingdom signed in 2009. These travel bans represent a breach of this charter, which guarantees: “everyone has the right to leave any country, including his own, and to return to his country”.

From a legal point of view, by using the travel ban in this arbitrary way, Saudi Arabia is violating the regulations it set, whether through cabinet decisions or penal systems, including the travel document system issued in 2000. Saudi legislation does not allow the imposition of a travel ban penalty on its citizens except through a court ruling, and it must be for security reasons or because of a court ruling. These conditions, however, do not apply to those currently banned from traveling; they have not been subjected to any fair trial, nor was a court ruling issued to ban them from traveling. Saudi law also obligates that security authorities inform those who are banned from travel of the order, within a period not exceeding two weeks of the decision. Again, this is not in congruence to reality on the ground.

The list of people banned from travel includes different segments of Saudi society, including released detainees, where travel bans are issued unfairly after each release ruling. Indeed, the travel ban is usually not lifted even after the sentence has expired. The list of travel bans also includes families of detainees and opponents abroad, including children and the elderly, who are openly used as hostages to pressurise a detainee or activist to remain silent.

Holding innocent people hostage to compel individuals to remain silent, confess, or cooperate is one of the most diabolical acts repressive regimes have carried out throughout history. But with the rapid advancement of Saudi repression today, it has clearly become an essential part of Mohammed bin Salman’s rule. The suffering of detainees in Saudi prisons is not limited to their arbitrary detention, but continues with them and their families even after their release through violations and harassment, ranging from indefinite travel bans, to retrials and increasing sentences, to tracking wristbands and continuous monitoring. This is in addition to arbitrary arrests without judicial orders. Spreading awareness of the rights of those banned from traveling in Saudi Arabia is a duty upon global human rights organisations, collectively. The Saudi government must be pressured to immediately lift the travel bans it has imposed without legal justification or a judicial order upon thousands of its citizens. 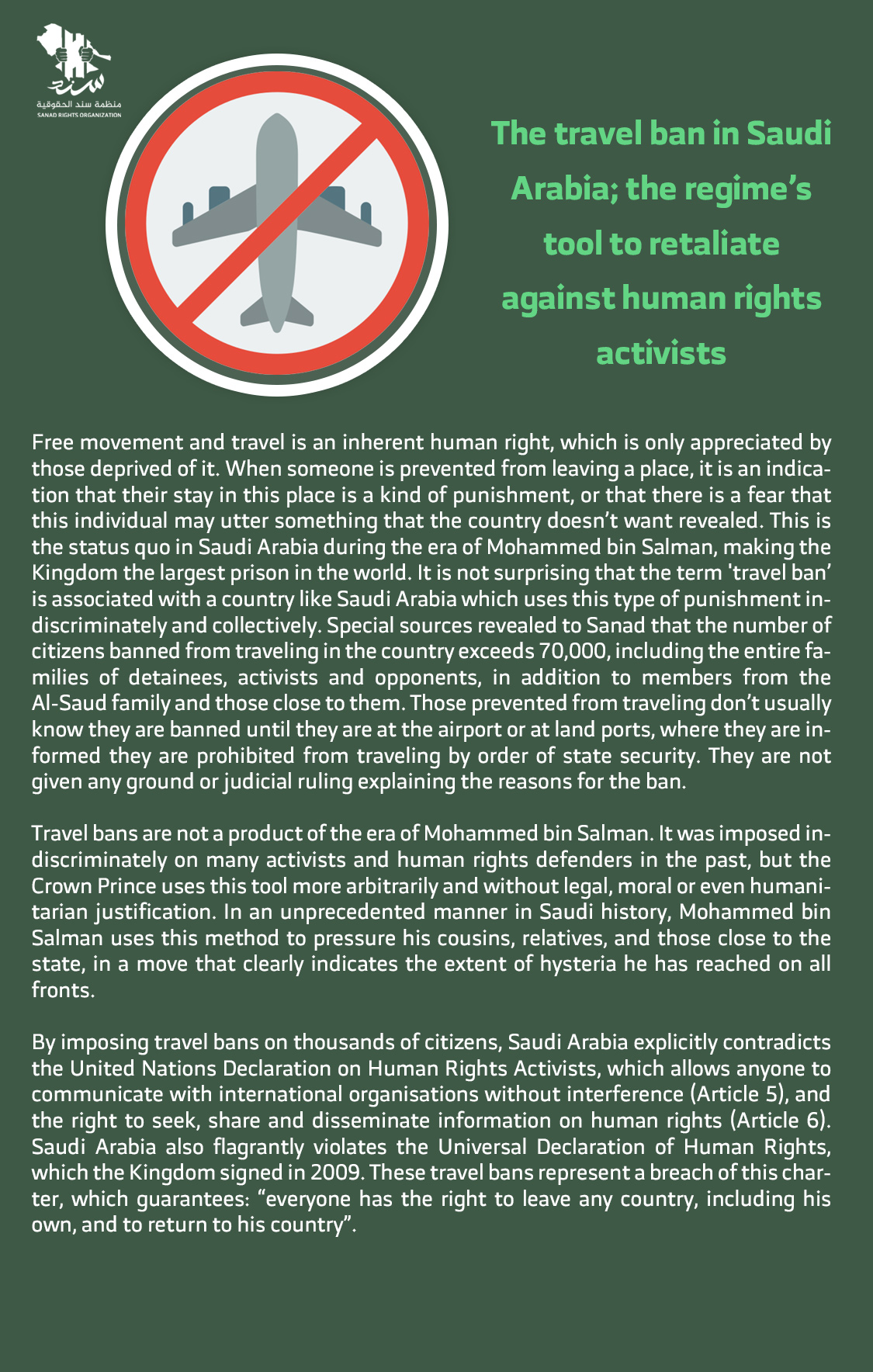 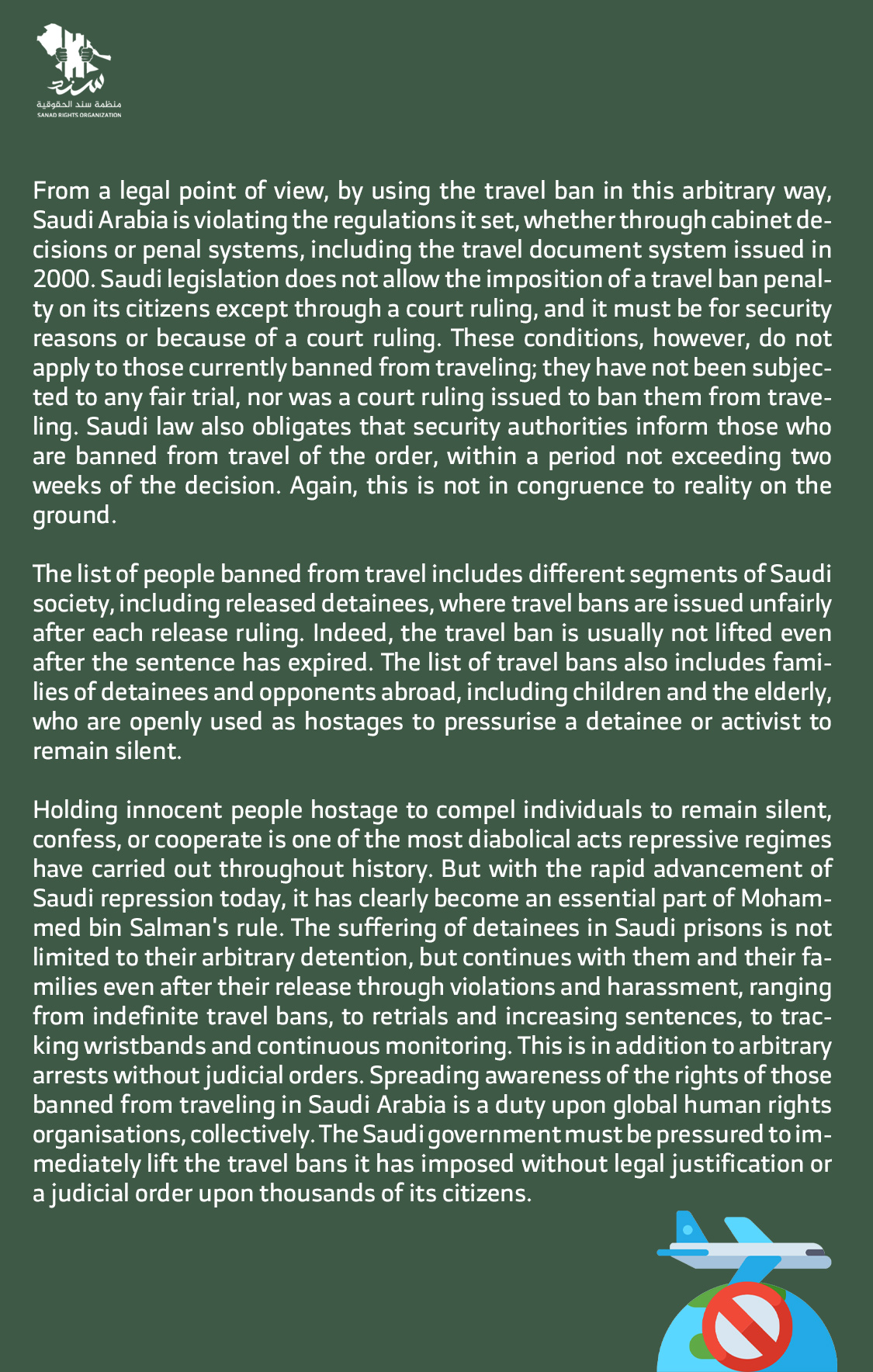 OPINION: The demolition of Huwaitis was the testing ground for the destruction of Al-Khizam 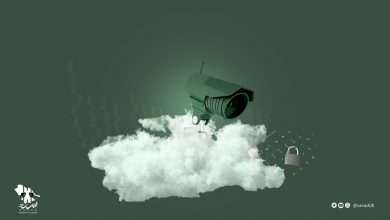