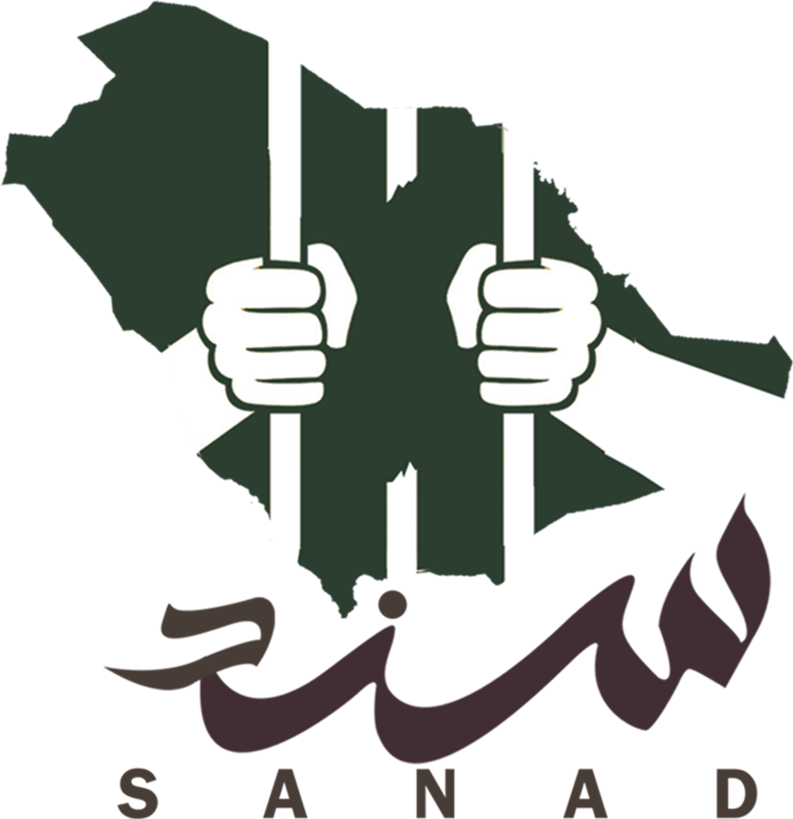 Due to the deterioration of the human rights situation in Saudi Arabia and the absence of impartial and effective human rights institutions at home, and the fierce silencing of all voices demanding rights and public freedoms, we, as founding members, board of trustees and honorary members, announce the launch and registration of the Sanad Human Rights Organisation to defend political and civil rights in the Kingdom of Saudi Arabia, and to monitor all human rights violations practiced by the regime of Mohammed bin Salman and disclose them to the public, international media, and Western institutions.

In Sanad, we seek to let the world know about detainees behind bars in Saudi Arabia and the violations committed against them for their human rights activism, expressing their opinions, or demanding their legitimate right to freedom of speech; and to convey their voices and sufferings to free societies that respect opinion, freedom of expression, and human rights.

A human rights organisation – officially registered in the UK – that defends political and civil rights in Saudi Arabia, and monitors human rights violations and exposes them to human rights bodies and media, civil and political institutions around the world.

A leading human rights organisation for free people and activists in the world interested in human rights and the Saudi affairs.

Defend civil rights and political freedoms in the Kingdom of Saudi Arabia, monitor human rights violations practiced by the Saudi regime, and be a voice for all unlawful detainees, the oppressed, activists and human rights defenders.

We, in Sanad, work through the following Tracks:

This track aims to build databases of human rights violations in Saudi Arabia, collect relevant evidences and testimonies, and move legally and judicially in this track against those involved in those violations.

Communicating and building relationships with people and active entities that can have an impact on introducing the Saudi human rights reality and pressing for its improvement.

We believe the following values:

Sanad is a rights-oriented and action-based organisation that respects private and public human rights, sees the importance of the global dimension in identifying and exposing violations, and respects all religious, intellectual, cultural and social components of the society, in evenness and harmony, away from any polarisation or conflict; and cares for the human beings and their concerns and pains without discrimination.

The organisation calls for solving human rights issues by peaceful means, and rejects violence and calls for its containment in a way that enhances stability, development and progress.

Sanad calls for efforts and investments in human development and the development of human rights institutions concerned with national affairs.

Sanad believes that the society and civil forces in the country are able to overcome the current circumstances and face its challenges, works to confront the culture of violence caused by official policies in the country, and strives to uphold the spirit of determination, development and growth.

Sanad organisation starts from the present, benefits from the past, and is more concerned with the future that new generations aspire to.

Back to top button
Close
Close