Depending on your definition of rich, it can argued that Newcastle United with their new PIF (Public Investment Fund) owners are now the richest club in the world – with the investment arm of the Saudi Arabian state being worth an estimated £320 billion.

PIF now owns 80% of ‘The Magpies’ having paid £305m for the privilege. The other 20% being split between RB Sports & Media and PCP Capital Partners, led by British financier Amanda Staveley – for now the public face of the takeover.

After his 14-year reign, Mike Ashley has finally walked away from the club. Ultimately, his tenure was an unsuccessful one, with a lack of investment, two relegations under his belt and no trophy to show.

It would be quite unfair to criticise Newcastle United fans at their excitement and jubilation with the introduction of new owners (and with it a new lease of life) – after all, they did not choose the new owners, the new owners chose them. They have gone without for so long and have seen club after club leapfrog them in prominence as well as financially.

Some NUFC fans have swapped the famous black and white shirt and have been seen waving Kingdom of Saudi Arabian flags and wearing the ghutra (or the red and white headscarf) and thobes, which is traditional garb for men in the Middle East.

It is reported, Kick It Out, the charity which campaigns to end discrimination in football, have contacted Newcastle to discourage fans from dressing up, mimicking and mocking the popular Gulf attire.

What is commendable in this saga are the somewhat wise words of arguably one of the club’s greatest players and the Premier League’s all time top scorer, Alan Shearer.

Shearer has made his opinions clear (in an article for The Athletic), saying fans need to inform themselves and improve their understanding of the situation. He said, “We owe it to ourselves and the wider world to listen to the evidence about human rights abuses in Saudi Arabia, to educate ourselves and know what we’re getting into…it is important to be mindful of sports washing and what that actually means.”

He went on to say, “If Saudi is your line in the sand, then I accept, respect and completely understand it. But there have been other lines, too.

“Maybe it was Russian involvement in the Premier League, China or Abu Dhabi. Maybe it was Americans using a club’s own money to help complete a purchase. Qatar is hosting a World Cup.”

It can be argued from all the rich sugar daddies that own the various Premier League clubs (amongst others) the Saudi’s are the richest and have therefore attracted the biggest media headlines around the world.

The deal has gone ahead despite massive concerns from human rights organisations and families and friends of Saudi detainees about the Kingdom’s atrocious human rights record.

The controversy comes as PIF’s current chair is Crown Prince Mohammed bin Salman (or MBS as he’s known), the son of Saudi Arabia’s king. He is effectively running the government on behalf of his father and has tried to show reform in the conservative kingdom to a mixed reception. However, the 36-year-old has been accused of ordering the murder of former Washington Post journalist Jamal Khashoggi. A UN report stated, “The state of the Kingdom of Saudi Arabia is responsible” with the CIA also concluding that MBS was personally involved.

The Saudi Arabian government has always denied this.

So how and why has such an entity come to own a premier league club like Newcastle?

According to the Premier League, the club owners ‘fit and proper’ criteria was met with the league having received “legally binding assurances” that Saudi itself would not control the club, rather it would be PIF – the Premier League having made a judgement that the two are separate entities.

However, human rights organisations have condemned the takeover with the likes of Amnesty International requesting a meeting with the Premier League and calling for ownership rules to be ‘human rights compliant’.

Jamal Khashoggi’s fiancée, Hatice Cengiz was said to have been “horrified” at the prospect of such a venture by the Saudi investment firm.

“It is horrifying to learn that the Crown Prince is on the brink of getting what he wants: to wash his reputation, and sully the name of sports,” she told the Daily Telegraph.

“I urge the Premier League not to cave in now as this is the moment to show courage and principle. It will show the killers they cannot wash away their crime,” said Ms Hatice.

Critics of the takeover have also accused the Saudi government of ‘sportswashing’ in recent times, with staging boxing events, F1 races and golf tournaments – rumours too are swirling around a potential bid to host the FIFA World Cup.

Sportswashing is the practice of an individual, group or corporation, or nation-state using a major or prestigious international sport to improve its reputation, through hosting a sporting event, the purchase or sponsorship of sporting teams, or by participation in the sport itself.

Amnesty International argues that some countries (including Saudi Arabia) invest in sports as a distraction from poor human rights records.

Following the takeover, Amanda Staveley, who led the consortium and now is Newcastle director, stated they took Saudi’s human rights record “very seriously” but reiterated their partner was “not that Saudi state, it’s PIF…this is very much about the PIF’s investment into a fantastic football team and we look forward to growing the club.”

Purists of the beautiful game claim the real loser in this episode is football itself and its reputation.

During the game against Tottenham Hotspur a van with an image of Jamal Khashoggi and MBS, with the words “Justice for Jamal Khashoggi” was driven around St James’ park stadium as a demonstration against the takeover.

“I’m trying to imagine what it must be like to be Jamal Khashoggi’s widow when her husband has been chopped up and murdered…that must be heart-rending.

“It made me, as an outsider watching it, think there was nobody who could have taken over that club – no matter the level of evil of the person who took over…that’s a kind of sickness at the heart of football, isn’t it?” said Nicolson.

Dawn (Democracy for the Arab World Now), the group founded by Khashoggi before he was killed, stated, “Newcastle has sold its name and reputation to a brutal government with a brutal ruler…they may as well put Bin Salman’s picture on the club’s emblem. It is now more apparent than ever that English football will sell itself to anyone, no matter how abhorrent their crimes, if they offer up enough money.

“I don’t think people really understand the corrupting influence that this deal will have. It normalises a dictator who literally goes around butchering journalists,” said Executive Director, Sarah Leah Whitson.

Are social media influencers and some citizens of Saudi Arabia complicit in the crimes of the Saudi Regime? 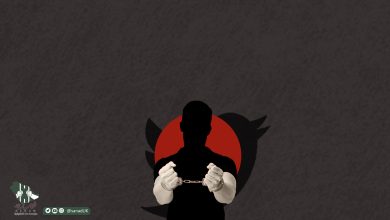