Recreation and entertainment are an essential part of being human, a necessity for every society, culture, and can be traced back to the beginning of man’s existence. The undertaking and participation and pursuit of entertainment is a normal condition of free societies, rich or poor, advanced or primitive, religious or non-religious.

It might be deemed abnormal and at very best irregular for entertainment to be turned into a political tool, a means of repression, or a barometer to distinguish between the people.

However, observers of the Saudi regime and its internal affairs might well wonder, and more importantly, question the motives of the ‘entertainment revolution’ that Ibn Salman has injected into the country. One of the many questions being asked, is whether or not it is an organic change and the state’s dedication to the welfare of citizens after decades of observing the conservative traditions and customs in the country…or not? The approach taken by the government and powers that be seem to ignore (in the opinion of many) the characteristics of Saudi society of conservatism, privacy and religiosity. In light of this, how is this new form of entertainment, which gives a nod to the West, managed to make its way into Saudi Arabia? Unless it is done by imposition, force, violence and a systematic obligation aimed at distracting, and not entertainment.

Having said that, it’s only entertainment, after all, there is nothing wrong with accepting or rejecting it surely? Not quite.

Several people who are currently detained in Saudi jails have indirectly and explicitly criticized the Saudi Entertainment Authority and its head, Turki Al-Sheikh.

The authorities arrested Sheikhs Abdulrahman Al-Mahmoud and Omar Al-Muqbil, both of whom are teaching staff at Saudi universities, for criticising the practices of the Entertainment Authority. There are also accounts detailing the arrests of several Saudi tribal sheikhs (elders), dignitaries and poets – including elderly people, for criticising the head of the Entertainment Authority. They include Faisal bin Sultan bin Jahjah, sheikh of the Otaiba tribe; Ayed Raghyan, poet of the Shararat tribe, and several others.

If entertainment was not being used as a political pawn, then why the imprisonment of those who disagree with the so-called ‘Entertainment Authority’? This, along with an increase in taxes, an employment crisis and the abuses undertaken by the intelligence and security authorities are the biggest motivators for the Saudi people to oppose this new policy of the state.

The true danger of the policy of legislating and imposing entertainment by force in the new Saudi Arabia lies in the fact that it aims to distract the people, especially young men and women, from the real problems they face and from the important issues that they should care about.

By removing the veil of the lights and cameras, the entertainment industry is transformed from a natural, spontaneous state that stems from individual and economic needs of the individual and society to a political movement with its own goals and agenda. “Keep diverting public attention away from real social problems and getting carried away by trivial matters of no importance. Keep the crowd busy, busy, busy without having any time to think, just going back to the farm with the other animals,” the words of Chomsky, the famous critic and thinker, cautioned that the politics of distraction is an essential element of social control by exporting a large number of distractions to distract the public from learning about the issues that concern them.

It might well be argued, the policy of imposing entertainment on people who lack many of the basic skills and training required for the labour force and the lack of social freedoms, is slavery of another kind and not entertainment.

The generation of the Arab Spring cannot forget the last words of Libya’s dictator Muammar Gaddafi, in his last speech before his fall when he said to the masses, “Dance, sing, rejoice and have fun…”. It was one of the means to numb the people from demanding their right to freedom and reform.

Dr Mustafa Hegazy calls it “suckling entertainment”- a successful method and a magic formula for policymakers to numb young people as it wastes their energies. Finally, at a time when freedom of movement is allowed to theatres, cinemas and games, and when any voice is forbidden to express its opinion, or thinkers and scholars are thrown in prisons; it is new slavery that exposes the lies of the Crown Prince in his calls for reform. 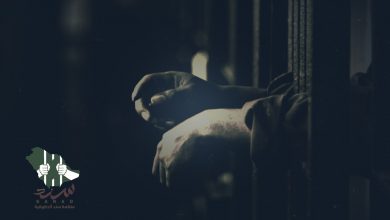 Vision 2030: A Prince’s blurred dream and the Neom nightmare for natives