They say time is a great healer, however, the open wounds left by the forced displacement of the Huwaiti tribespeople in North West Saudi Arabia are very much fresh from the hands of the security forces.

The image of the martyr Abd Ar-Rahim Al-Huwaiti remains in the minds of many, as he paid with his life for defending his home and his land against the authorities and their so-called ‘dream project’ NEOM.

Common sense and empathy would dictate that now would be a good moment for a show of diplomacy and civility from security forces. Unfortunately, common sense is not all that common when it comes to Vision 2030 and empathy is in short supply with Saudi authorities.

The giga project hurricane brings with it yet another catastrophe to inflict upon the residents of the city of Riyadh. More than 4500 households face removal and the demolition of their homes to make way for the construction of the world’s largest park.

The Diriyah Gate Development Authority shocked many residents of the Saudi capital by initiating procedures of property expropriation in Al-Khizam, parts of An-Nakheel and Irqah in North West Riyadh. The plans are part of a major tourism project aimed at developing Ad-Diriyah and presenting it as a cultural heritage site. Many residents are agitated and frustrated with the authorities over the lack of communication and transparency in the decision-making process of such a major development.

The rehousing of residents and demolition of homes (by royal decree) began 10th of Shawwal 1442AH (8th of January 2021) requiring the completion of property expropriation proceedings, based on “public benefit of real-estate” as such the authorities have requested all proprietors of real-estate to correspond with them to begin the required proceedings.

Jerry Inzerello, CEO of Diriyah Gate Development previously stated (to the Saudi Press Agency) his desire for Ad-Diriyah to be a worldwide historic cultural and tourism destination, “This place alone is capable of relating the story of a nation. To inspire future generations to realise the aspirations for the leadership in line with the Kingdom’s Vision 2030.”

In response to the lack of consultation and stakeholder management communication, Saudi Arabians have launched the hashtag #SaveAlKhizam. Campaigners say that they need to show their support for the people of these affected neighbourhoods, whilst also expressing their opposition to the rights violations to which these people are being subjected. Naturally, comparisons have been drawn between what has happened with the Ad-Diriyah to the Huwaitat tribespeople. Concern has been expressed at the opacity of the affair, and the lack of a timeline for when property valuation will occur, and the process by which compensation will be calculated, among other related factors.

Amongst the tweets on the SaveAlKhizam hashtag; “Truly, Vision 2030 is [made of] rot and destruction inflicted upon the nation and its peoples.” Another tweet reads, “The danger of forced relocation haunts a great many of Saudi Arabia’s families, it is [therefore] imperative that a national movement be established to resist this threat. Furthermore to all who fail to defend those affected by this, should know that they will be affected by the next step.”

Dr AbdAllaah Al-Awda also took issue with the development and warned of the planned displacement, “Creeping towards the cities of Saudi Arabia, while lacking any clear apparatus or general promise for compensation…all of this in service to imaginary projects and palaces and adventures with unknown consequences, being perpetrated by an adolescent government administration.”

Residents have also exhibited their distrust and frustration with project administrators with one homeowner in Al-Khizam questioning the motives and competency (via Twitter) of the state authorities. In tweets now deleted the anonymous resident requested the “truth behind the objectives of Vision 2030.” He also questioned the property valuation operations and compensation. According to the locals, the discontent comes from the vagaries, aimless and unplanned general announcements without paying attention to specific processes and mechanisms. Some residents have also observed the opportunism of real-estate agents during the contrived crisis, rising property prices in the neighbouring areas to alarming heights as a response to the sudden removal of 4500 properties. This has led to phantom inflation that has put residents under severe stress and anxiety.

The residents of Al-Khizam have also scrutinised proposed plans for compensation not including VAT, which has increased two-fold recently. It is also worthwhile noting many residents do not have the experience, contacts or skills to call upon services such as legal courts or an ombudsman.

Despite the majority of tweets containing praise for the country’s leadership and confirmation of a will to submit to the new plans regardless of events, many of the tweets containing complaints and discontent have been deleted.

What is clear, the bulldozers of the blind vision for the ‘new Saudi Arabia’ project will demolish what remains of hope or loyalty among what is left of those who harbour hope for positive change in the future.

Under these random and arbitrary decisions, with which the country is drowning on all levels, doubts are growing around awarding of compensation for stolen properties not to mention undervaluing and delaying of compensation. This remains an important question for residents of the affected neighbourhoods.

The word precedence comes to mind. The biggest concern that all Saudi Arabians should have in mind is: if displacement can be forced upon the Huwaitat and at Ad-Diriyah, then is any property safe from demolition in the name of development, advancement and progress? Truly the displacement of entire villages in the name of NEOM resorts, and subsequently the removal of neighbourhoods from the capital under the pretext of establishing the largest park, does not preclude the displacement of other cities and villages under the pretext of another reckless imaginary project.

It is of utmost importance that any expropriation not occur without the consent of the proprietor regardless of circumstance. Society must stand in the face of ghoulish power’s attempts to plunder people’s rights and freedoms. Lest this matter leads to yet another tragic Huwaitat story. 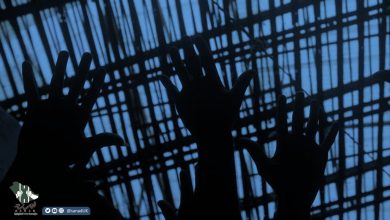