The capacity of the Saudi Government in recent times for mobilising new and traditional media in the service of its goals, protecting their optics, justifying their failures and defending their mistakes  in a fashion that is perceived as disgusting among many of [Saudi’s] social strata who have a desire to be told the truth.

However, it seems that the regime has not sufficed with the forms of media promotion typically consumed by its organisations and media outlets. They have gone as far as resorting to mobilising social media influencers and a number of citizens to drum up support for the regime and to justify their crimes and obscure its violations.

The regime has varied the methods by which it compels or coerces these individuals to ride this particular wave.  They will offer bribes or even threaten prison and detention, while others have been blackmailed with activities from their past or had their accounts and smart devices hacked.

They may be forced to neglect their convictions, have ideas imposed up them by transgressing upon their freedoms and the use of cheap and morale corrupt methods so as to force them to support the crimes of the regime.

Sources close to some famous personalities claim that they spread some of what is promoted by the regime under duress, even claiming to feel fear of violent reprisal by the government for thought crime. Its further confirmed by some organisations that observe the Saudi cause that some of them do this while feeling as though their leg is in a trap

The crimes of the Saudi administration do not stop at human rights violations and censorship of freedom of opinion; but transgress further by coercion of famous personalities and a number of social influencers in advertising on their behalf and promoting their ideas and justifying their crimes and violations. It is difficult if freedom of expression in Saudi Arabia continues to deteriorate for these individuals to speak contrary to the wishes of the authorities. However, it is obligatory upon them not to become complicit with the system in its crimes through justification of its violations, despotism and failures, for their silence is the least they could give in times such as these. 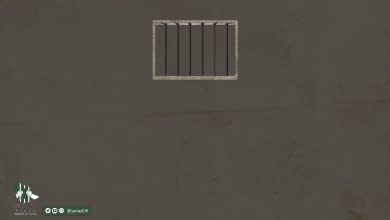 Are you not entertained? Slavery through diversion